Amigos is a Spanish immersion preschool located in Center City.

Students do not need any prior Spanish exposure.

All teachers are native Spanish speakers.

Build a strong school community and dynamic learning environment that supports the emotional, physical, and intellectual growth of children

Immerse students in the Spanish language and Hispanic culture in order to create young Spanish-speaking graduates, who are eager and proud to continue practicing Spanish 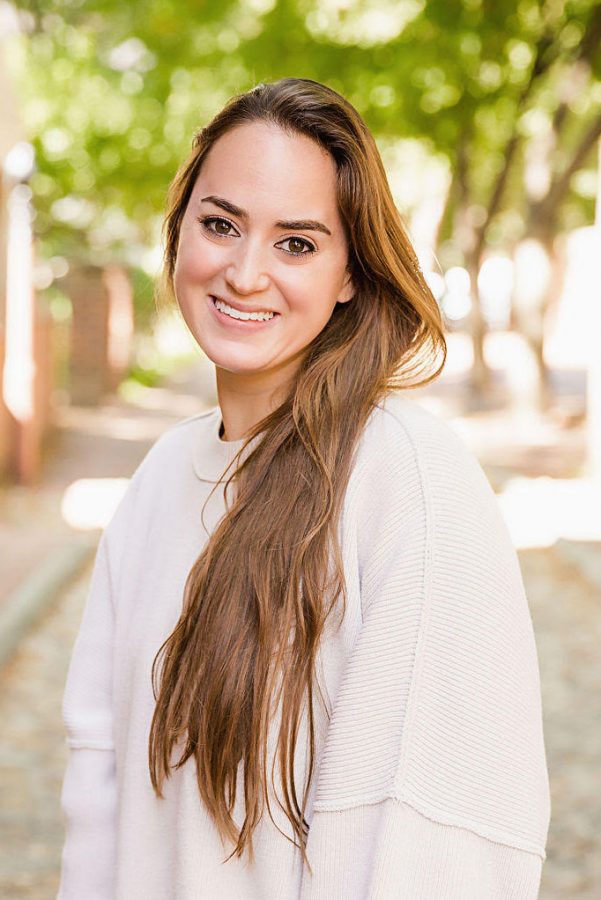 Cloe is the founder and full time director at Amigos Preschool. She wholeheartedly believes that the happiness of all students, staff, and families is key to running a successful preschool. Cloe has over 8 years of experience as a preschool director and has been working with children her entire life. She loves being at Amigos each day and especially enjoys watching the pride in the students’ eyes as they effortlessly speak Spanish.

Cloe has been studying Spanish for over 20 years. She fell in love with the Spanish language and culture after spending a year living abroad in the beautiful city of Salamanca in Spain. She attended the Universidad de Salamanca, the oldest college in Spain. Cloe has “Amigos” all over the world and truly believes that “los amigos se convierten en familia.”

When Cloe was in preschool… 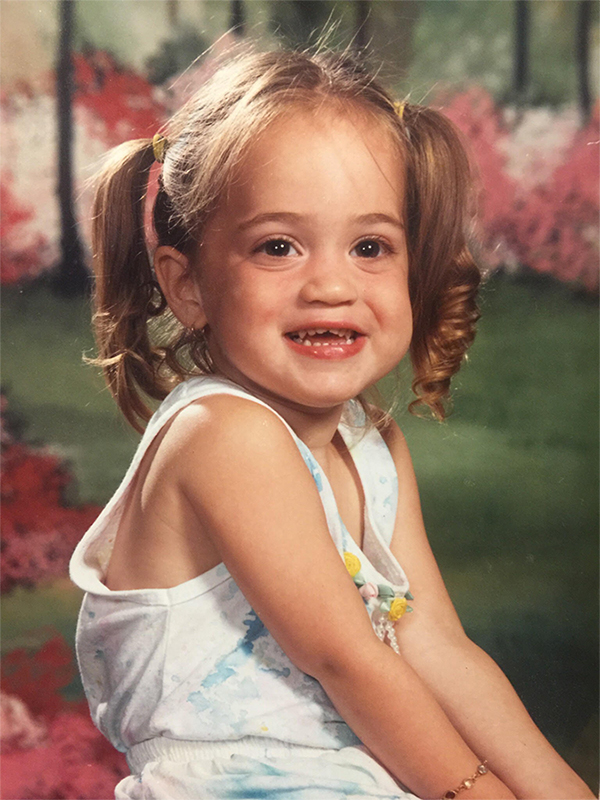 Maestra Andrea was born and raised in Caracas, Venezuela. She obtained her bachelors degree in Social Communications in Venezuela and then traveled to Spain where she got a Masters in Film Producing. In 2014 she decided to move to Miami, Florida and continued her career there. After three years she moved to Philadelphia where she decided to have a career change and started to work with children and underserved communities.

Maestra Andrea spent her first year in Philadelphia working as a Parent Educator and Home Based Teacher with children from 0 to 2 years old. She has acquired a broad number of certifications that have helped her deepen her knowledge in children development. She loves teaching the little ones and watching them grow.


When Andrea was in preschool… 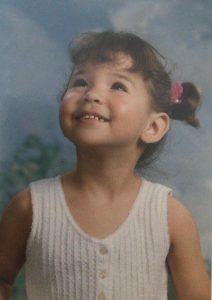 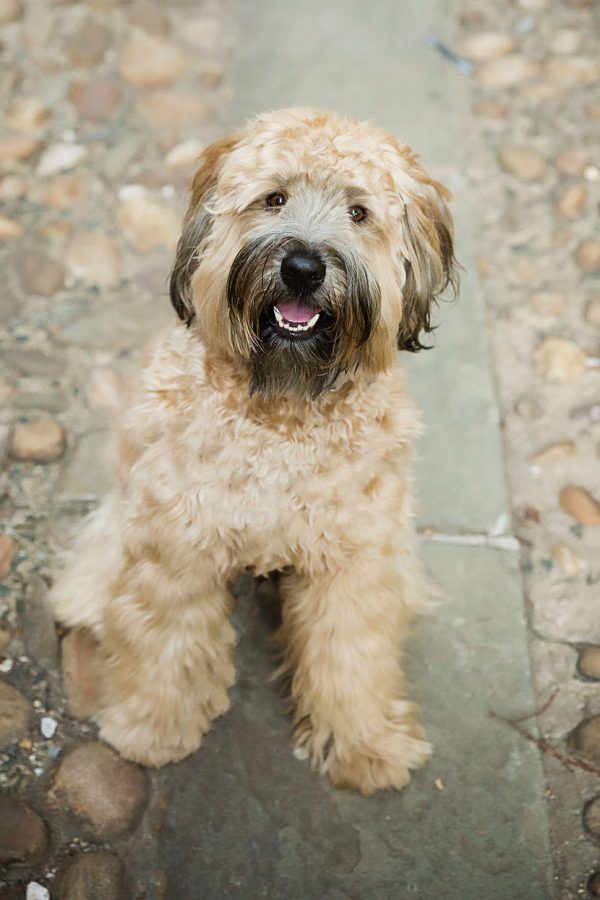 When Hazy was a puppy! 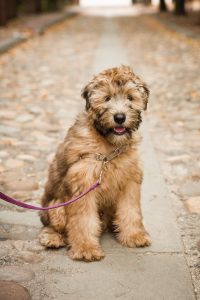 When Valeria was in preschool… 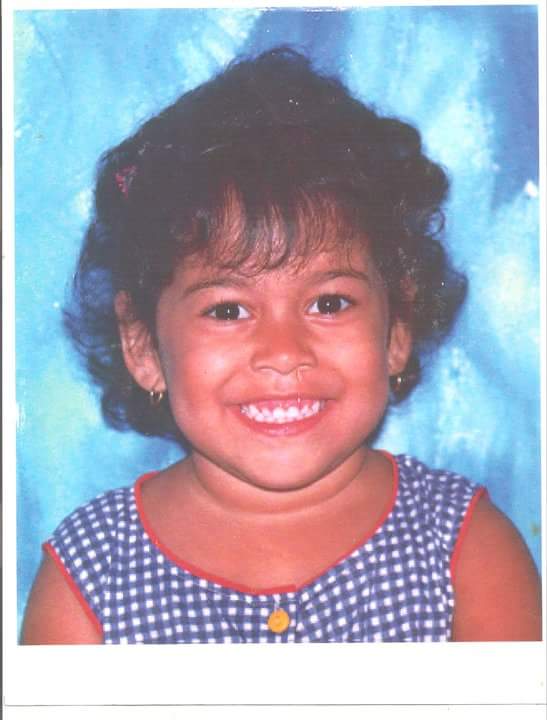 Maestra Rose is 28 years old and is from Venezuela. She is a Human Resources manager but for the past five years she has been working with children.

Her mother is a preschool teacher who specializes in children with learning disabilities, and Rose has always helped her prepare activities for her students. In her free time, Rose would tutor children in their school work and help reinforce their learning.

Rose likes working at Amigos because the energy of the students and teachers is very special and has made her feel very comfortable since her first day.


When Rose was in school… 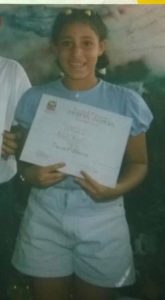 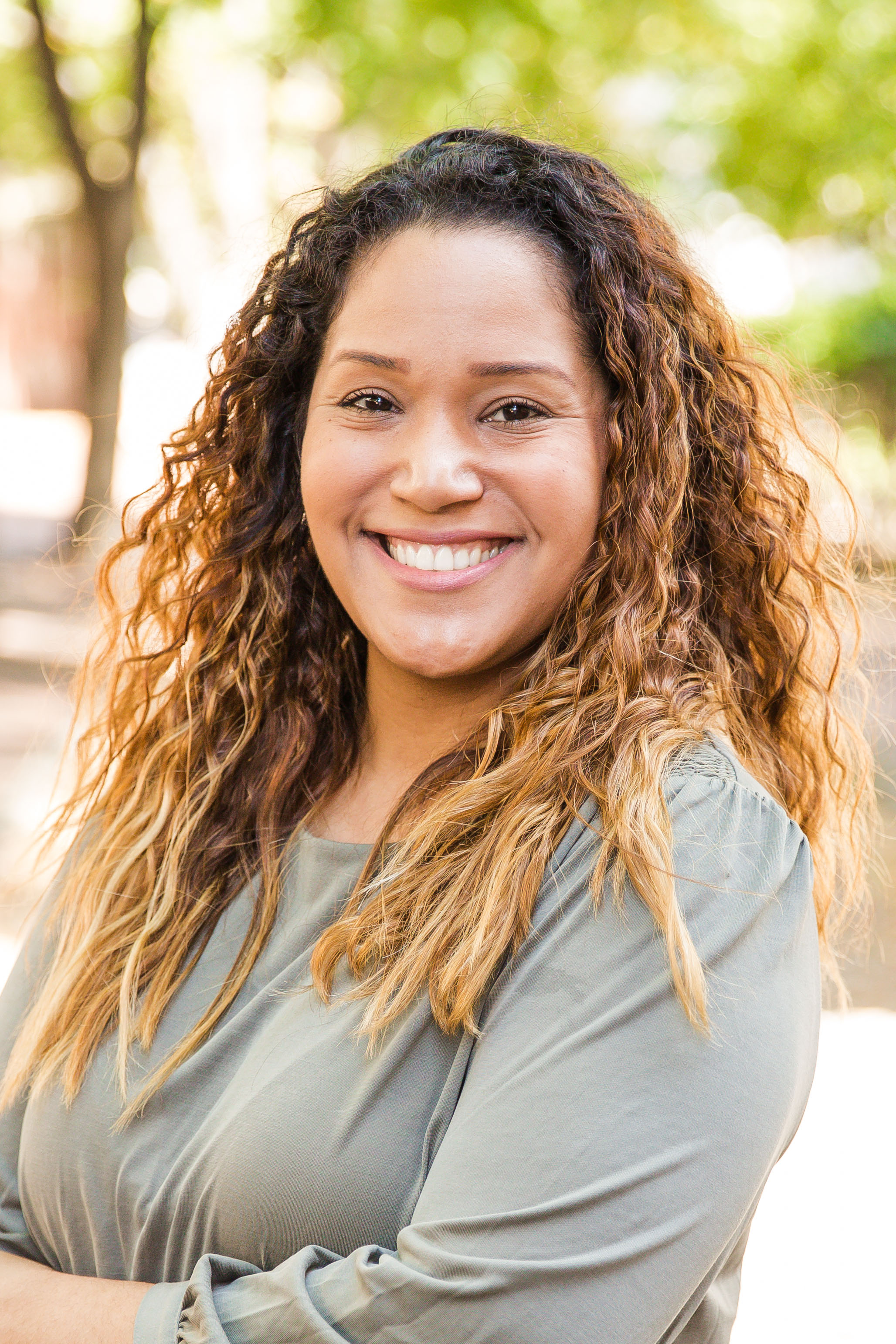 When Yowazi was in preschool…

Maestra Maritza was born in Colombia, where she also studied psychology with an emphasis in education in the University of Simón Bolívar de Barranquilla and obtained her masters degree in Talent Management.

She has years of experience working with health professionals to develop projects that improve living conditions for children in vulnerable communities. Most recently, she was the Pedagogical Coordinator in a Center for Childhood development, which allowed her to work with children 1-6 years old and their teachers,

Maritza came to the USA 6 years ago and settled in Philadelphia with her husband and daughter. She likes being a part of Amigos because working with children fills her with energy and allows her to learn from them everyday.

“The teaching that makes its mark is not the one that is done from head to head, but from heart to heart.”


When Maestra Maritza was in preschool… 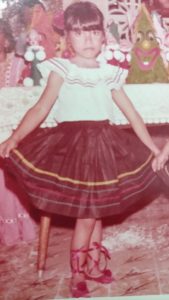 Maestra Barbara was born in Caracas, Venezuela. She has a diploma in international trade with a specialization in marketing. Spanish is her first language although she speaks English and a little Italian. She has been working with children in preschool ages for 6 years and has many studies in the area.

Maestra Barbara is passionate about hiking, reading, drawing and spending time with her family. Her favorite books would be the whole “cat in the hat” series and the Harry Potter saga because she grew up surrounded by its magic. Family is great but the most beloved in the house is her dog “Dante”. She loves animals!

When Barbara was in preschool… 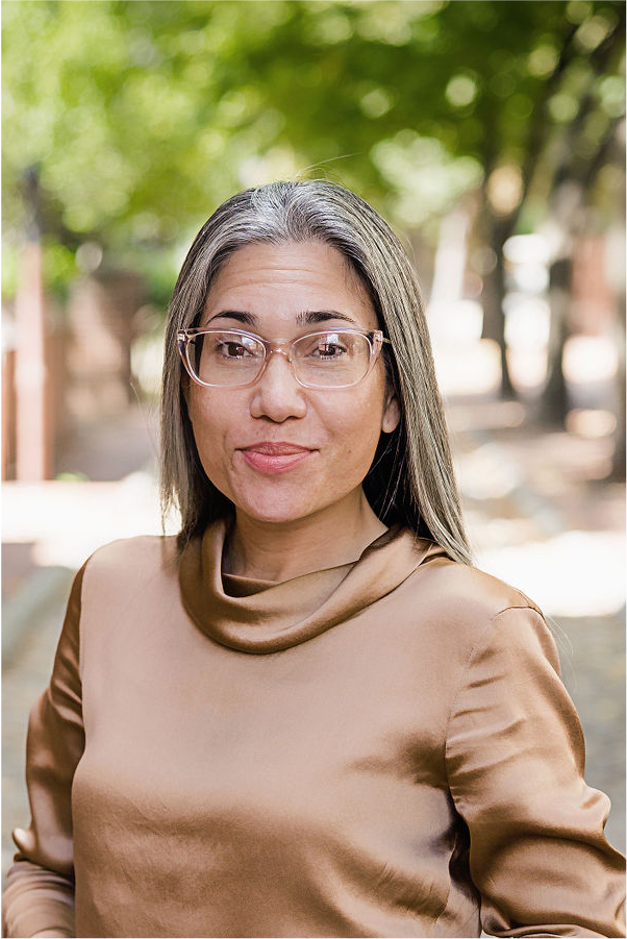 Maestra Kenia was born in a happy little town located on the east coast of the island of Cuba. From a young age her parents encouraged her to express herself through drawing, which taught her the value of psychographics in the psychological world of infants.

In 2003, she received her first degree, which authorized her to perform tests on children with special educational needs. Being a member of a multidisciplinary team, she continued her humanistic studies and graduated as a clinical psychologist in 2011. Since then, she has worked with vulnerable groups, such as dysfunctional families and children with cognitive and affective disorders.

At the end of 2016, motivated to be a better support for her elderly father, she decided to travel to the United States and to settle in the legendary city of Philadelphia. In her free time, Kenia enjoys literature, photography, and spending time outside in the fresh air. She believes in the improvement of the human being, and believes that the first impressions of a child are key in the development of his personality and social integration.

When Alondra was in preschool… 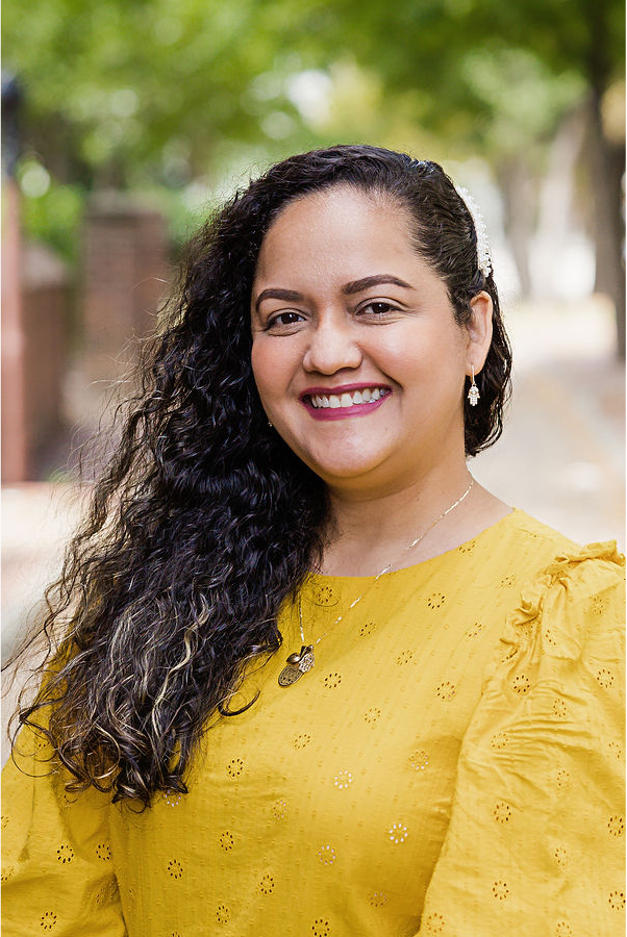 Maestra Glenda was born and raised in Barranquilla, Colombia, within a beautiful and united family, including her parents, sister, and nephew). In 2015 she married her husband and for the past four years they have been living in the USA.

In Colombia, Glenda graduated with a degree in Foreign Trade and worked for a long time in that field. She considers herself fortunate to have been able to start working with children almost immediately after arriving in this country.  She says it has been a beautiful experience, and a job that she looks forward to everyday.

Glenda loves working at Amigos because in addition to sharing her time with children, she can teach them more about Spanish language and Latin culture.


When Maestra Glenda was in preschool… 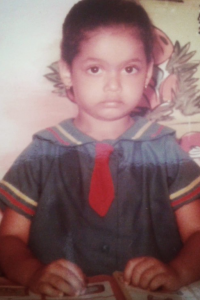 Maestra Nancy is from Caracas, Venezuela. She traveled to the United States over two years ago and has lived in Philadelphia ever since. She graduated from high school in Caracas and studied for 5 years at the Universidad Central de Venezuela, where she earned a bachelor’s degree in social communication.

Before coming to the United States, Maestra Nancy worked at the Preschool of Instituto Andes, one of the top bilingual schools in Caracas. She worked at another Spanish immersion preschool in Philadelphia for a year and a half.

Maestra Nancy is very happy working at Amigos, where she encounters a warm, friendly environment among the staff and families. She thoroughly enjoys teaching Spanish to the children and seeing how they learn more of the language each and every day. Maestra Nancy loves to read, travel, and spend time on the beach!


When Nancy was in preschool…

When Vanessa was in preschool… 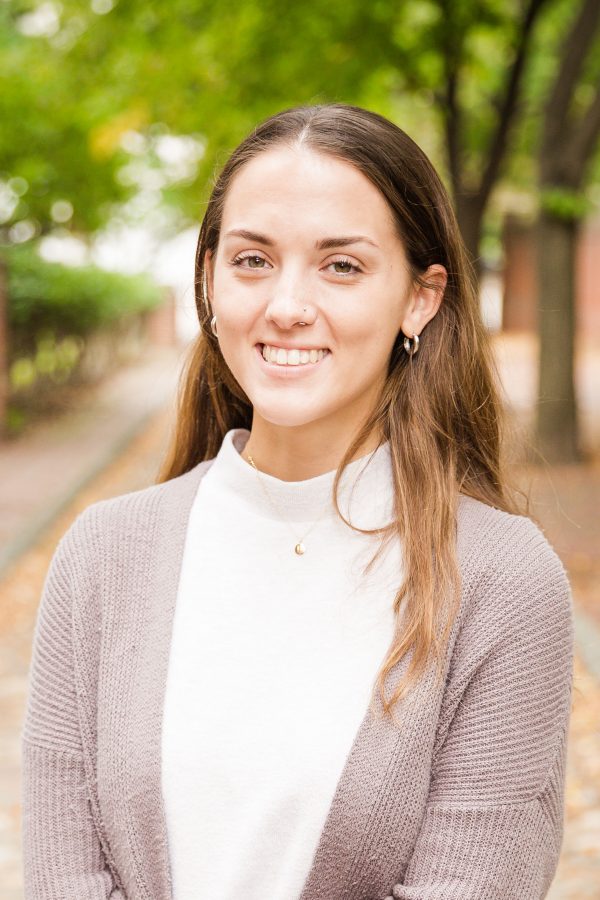 Maestra Delaney grew up in the suburbs of Philadelphia, but moved to the city during her undergrad at Temple University. She graduated in December 2020 with a degree in Communications.

Delaney began working at Amigos in 2019 after studying in Spain for a semester. Since graduating, she is taking time to follow her passion of traveling, but always comes back to Amigos whenever she returns to Philly.

Delaney loves working at Amigos because she loves seeing the students’ excitement to learn!


When Delaney was in preschool… 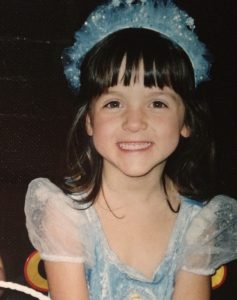 Maestra Nathalie was born in Cali, Colombia to a Colombian mother and a Romanian father. She obtained her bachelor’s degree in Speech Language Pathology and Audiology in Colombia. Since 2013 she has dedicated her time to working with adults and children with special needs to prevent, assess, diagnose, and treat speech, language, social communication, cognitive-communication, and swallowing disorders.

After spending three years learning English in New York City, in 2021 she moved to Philadelphia to do what she loves, work with children. She enjoys teaching her language and culture at Amigos, as she finds so much joy in it!

In her free time, she likes to walk, visit new places and feel like a tourist. She loves to travel and learn about new cultures. Last but not least, she enjoys spending time with her family. It fills her heart with joy to be surrounded by the people she loves the most.

When Nathalie was in preschool… 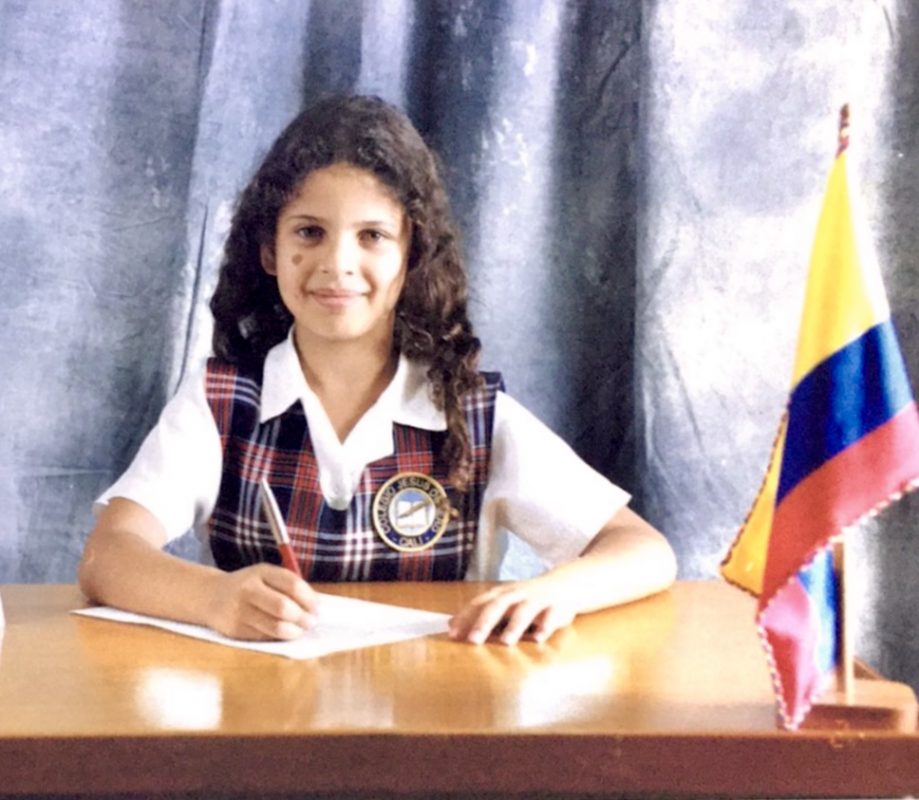 When Frankeila was in preschool… 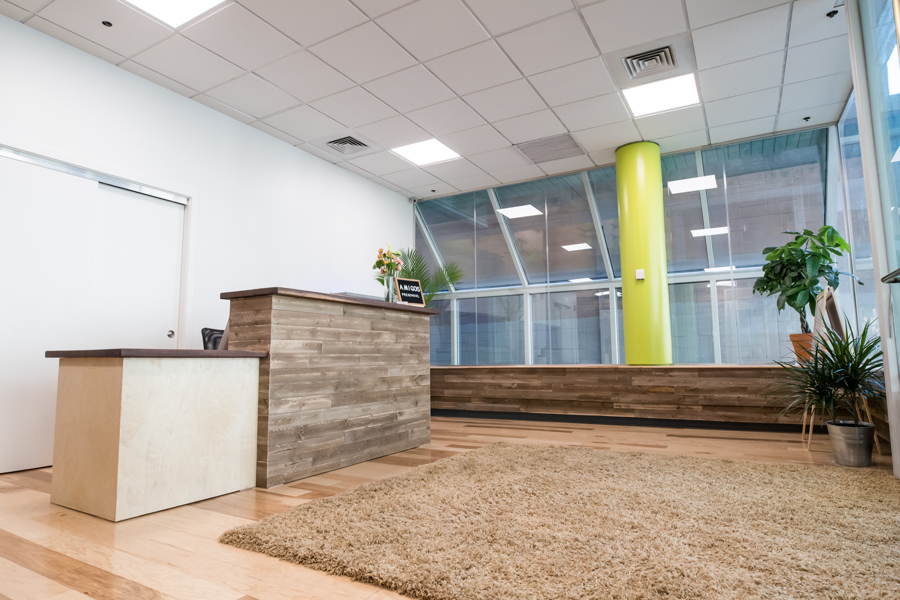 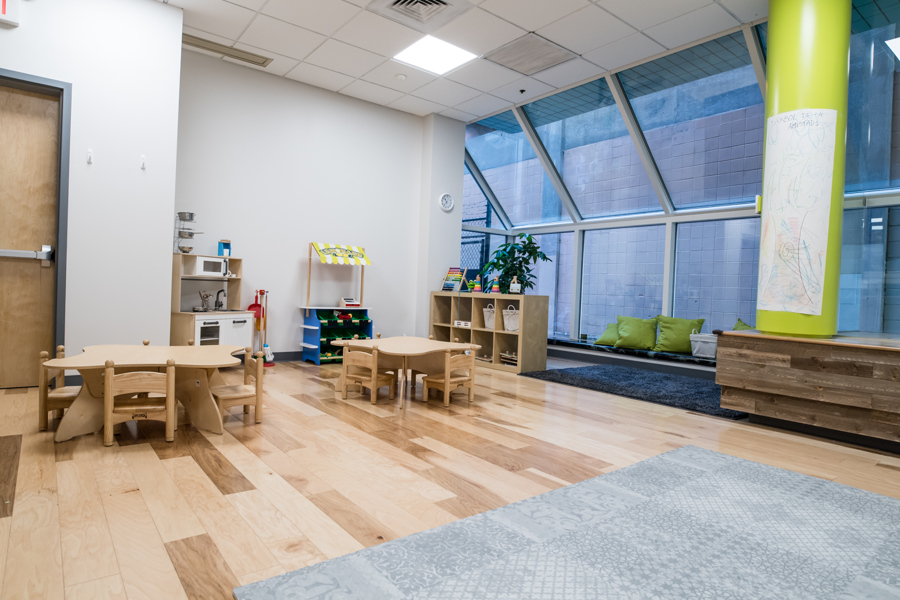 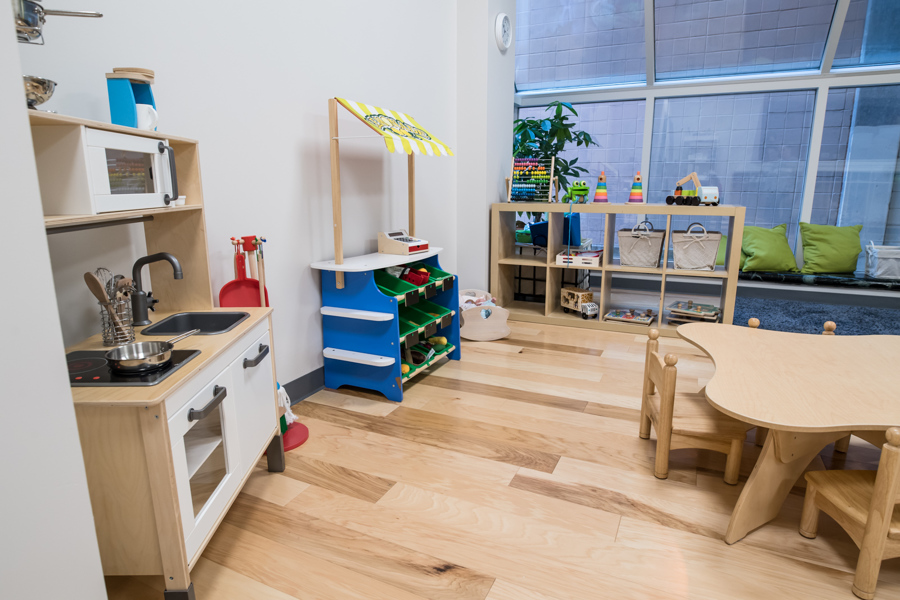 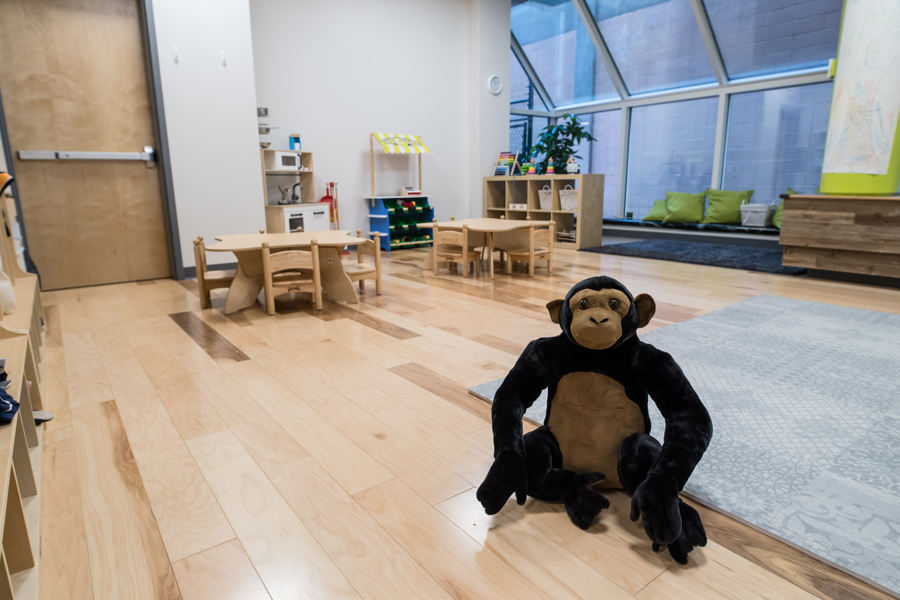 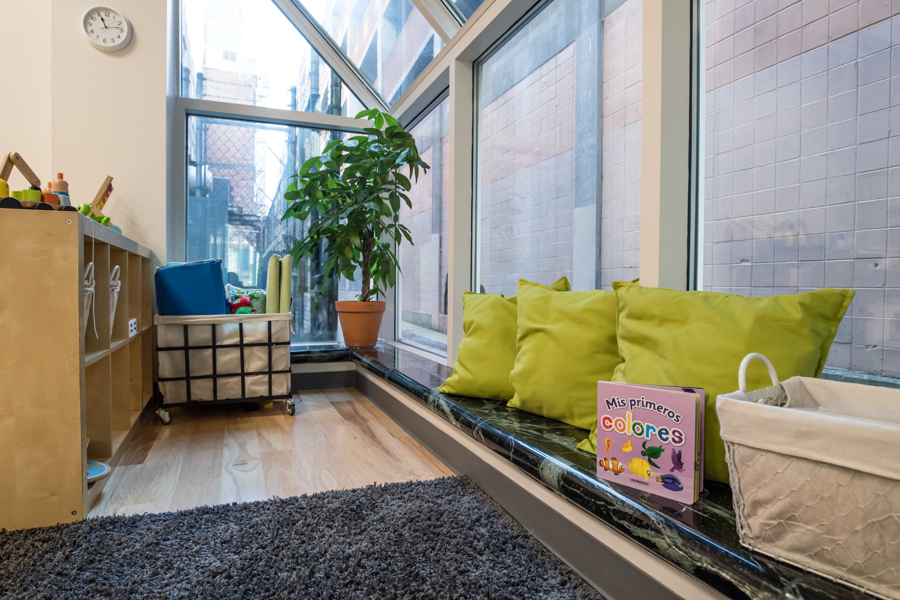 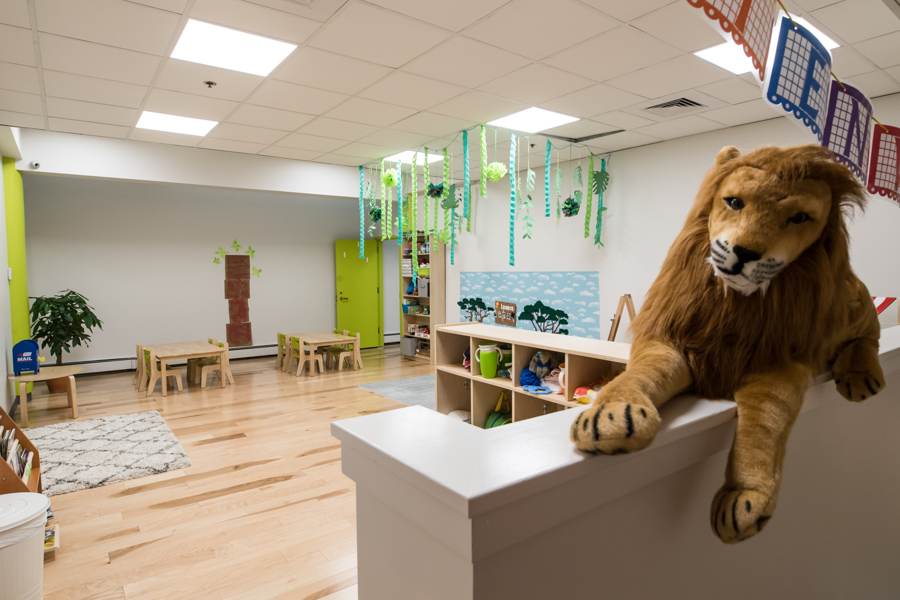 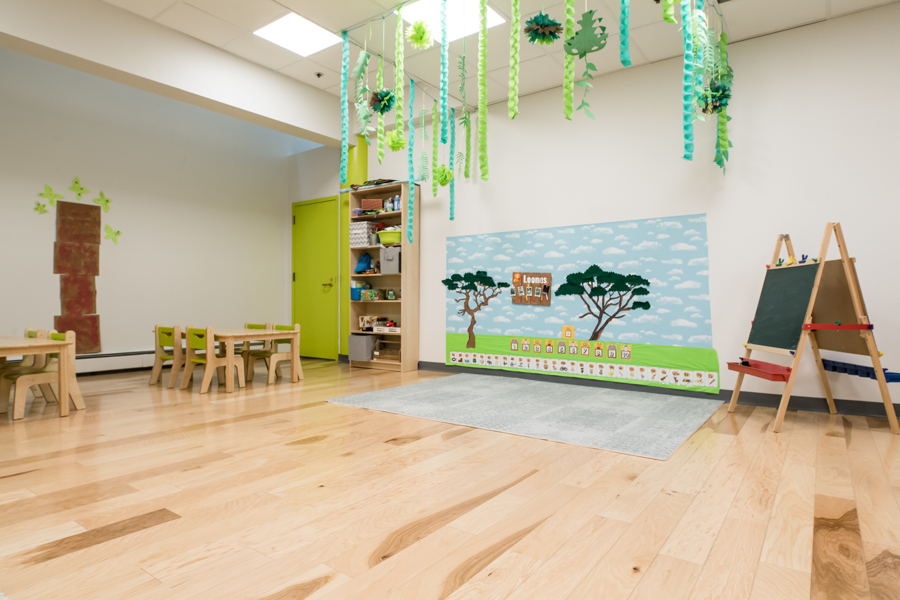 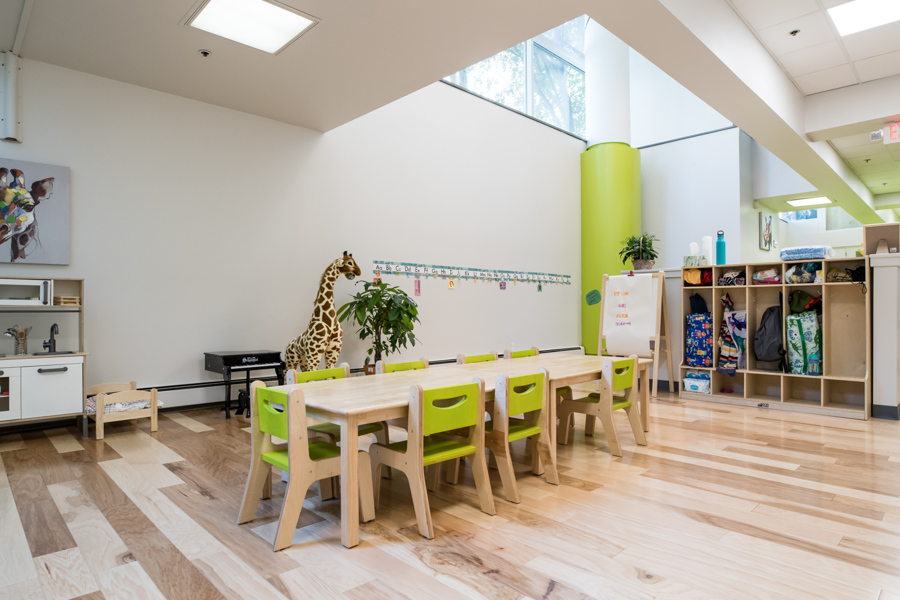 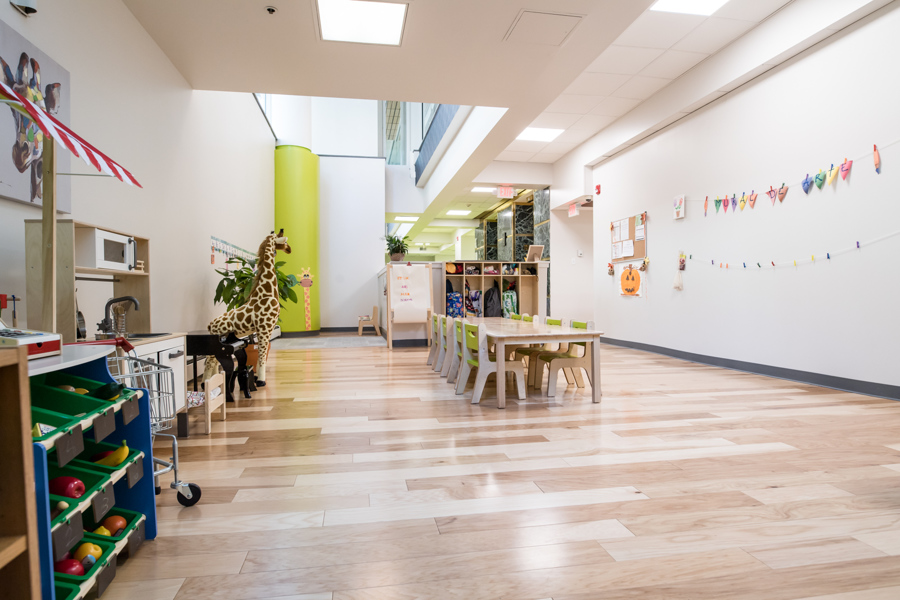 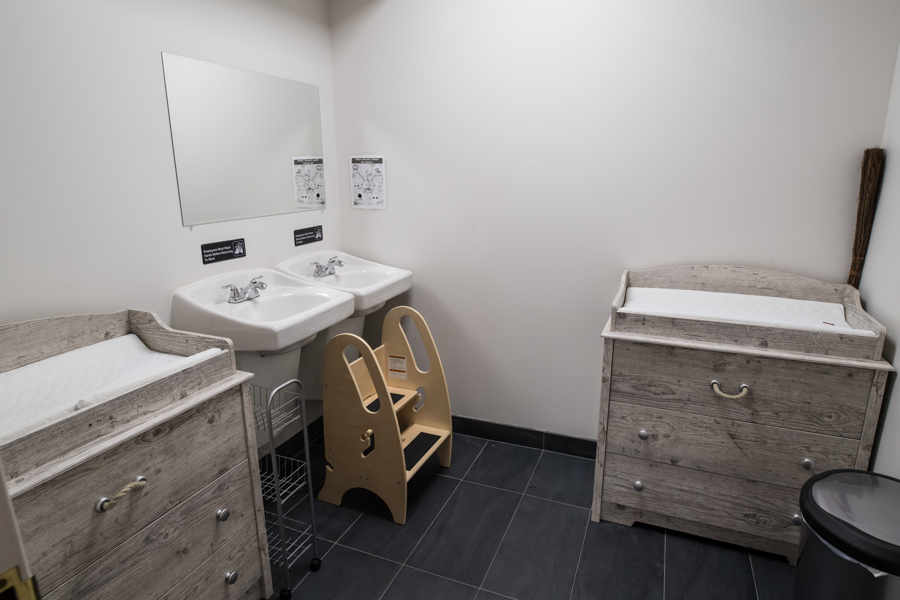 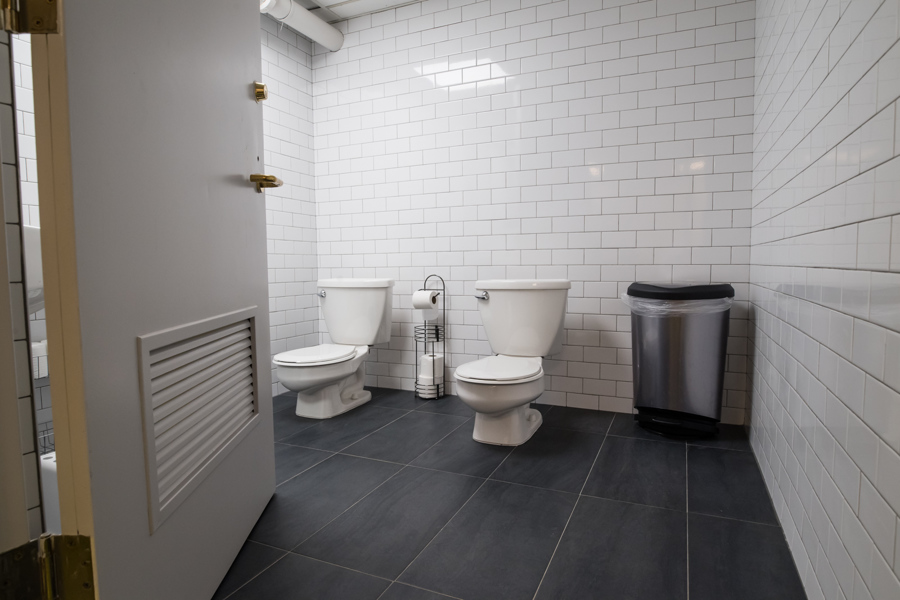 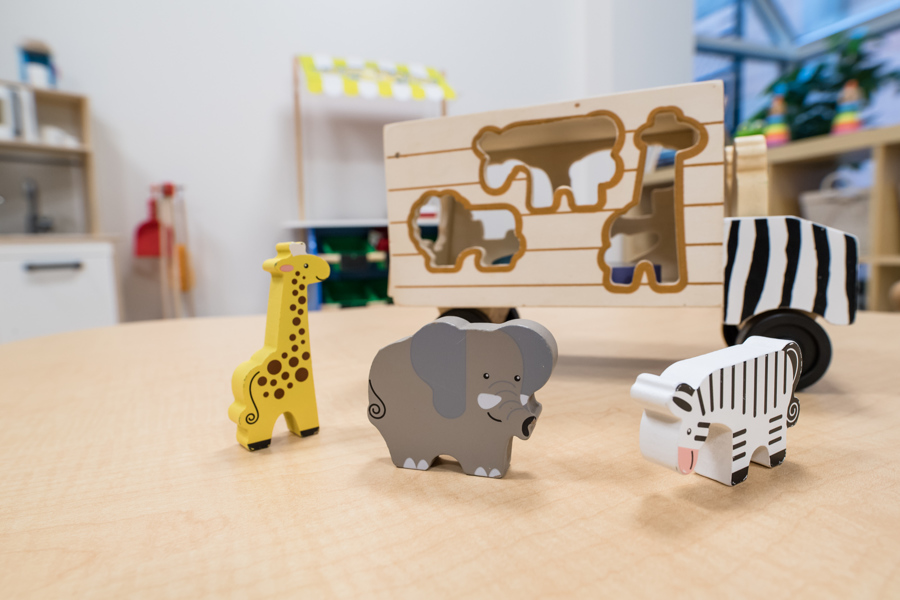 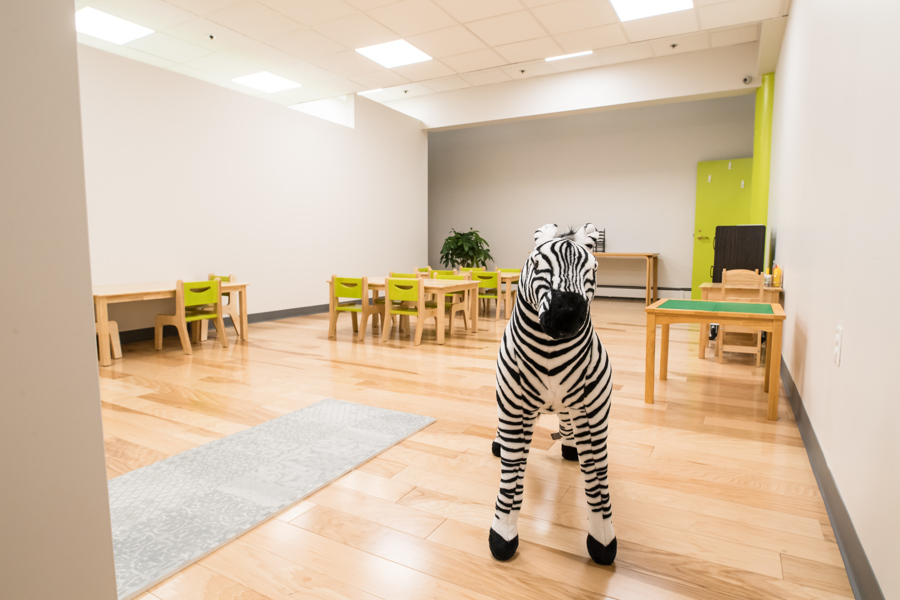 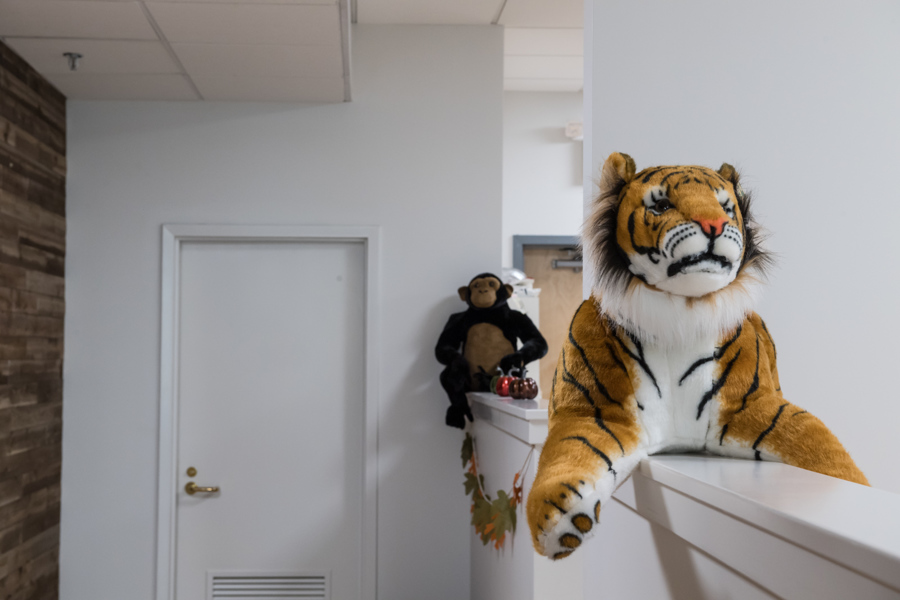 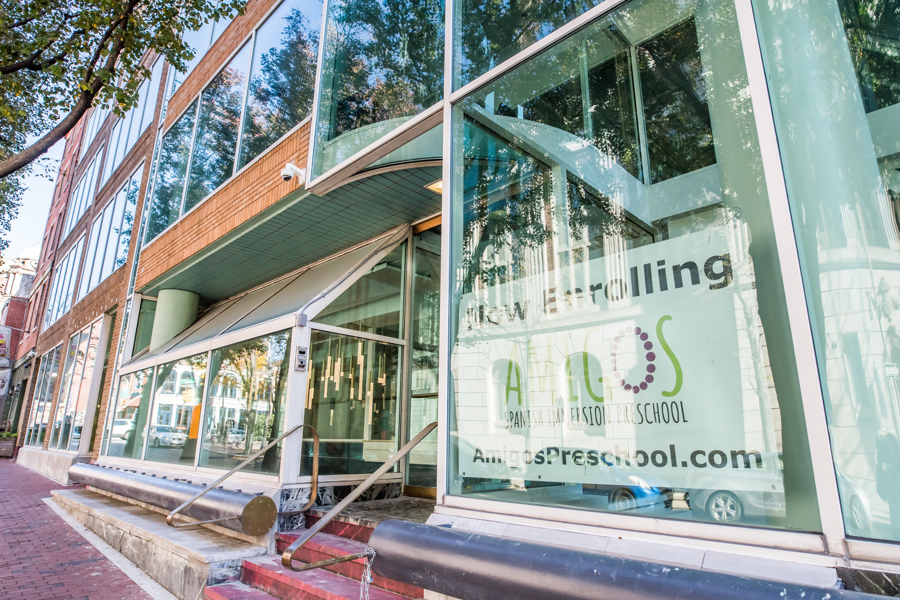 We would love to hear from you.  NOW HIRING!!!

Stay up to date on events, programming, and more!

Amigos is committed to providing an inclusive and welcoming environment for all staff, clients, volunteers, subcontractors, vendors, and clients. Amigos does not discriminate on the basis of race, color, sex, sexual orientation, religion, national origin, ancestry, age, handicap, marital status, or any other legally protected class.